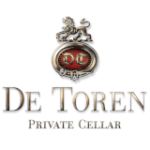 De Toren Private Cellar is a boutique winery specialising in luxurious Bordeaux-style wines and is situated on the Polkadraai Hills, overlooking the picturesque Stellenbosch. De Toren, South Africa’s first-ever gravity-fed cellar was also one of the first SA wineries to produce high quality Bordeaux-style wines comprising of the noble five Bordeaux varietals, including Cabernet Sauvignon, Merlot, Cabernet Franc, Malbec & Petit Verdot.Renowned for its meticulous attention to detail and the use of only the softest & gentlest processes, De Toren has been nominated twice for Wine Enthusiast’s honourary title of “New World Winery of the Year”, November 2017 marking the second time, being the only SA winery ever to be included in this prestigious list of global nominations. The range of world-class and award-winning wines is a result of the labour of love.Not only did 2019 mark the completion of our organic conversion period, certifying us as an organic wine growing estate, but in 2019 the new majority shareholder base in De Toren was also announced. The new generation of shareholders are Cedric Nicolas Schweri, Daniel Robert Mueller and Cape Estate AG, while stalwart Albie Koch retains his shareholding in De Toren and also remains as Managing Partner. In celebrating this new chapter of De Toren, after having been around for two decades, the winery finds itself in the midst of some very exciting renovations, developments and upgrades to the estate. These upgrades speak of evolution and not revolution, and everything we do will always remain true to the De Toren you know and have come to love. The first priority of the renovation phase is the manor house, which will in time become the area where guests will be welcomed for tastings, wine sales and also a welcomed meeting place over a good cup of coffee. De Toren’s wine crafting roadmap remains clear and precise and the number one objective will always remain the enjoyment of our wines by our valued clients – our true North.
To ensure the most memorable De Toren experience, we kindly ask you to book an appointment for us to share the De Toren story and wines with you. We offer you a unique insight into the craftsmanship of our world renowned wines, the viticulture process in pursuit of excellence and our winemaking philosophy. Every tasting is approximately one hour and includes a walk through the vineyard, cellar, barrel and maturation rooms followed by a tasting of our luxurious range of wines. 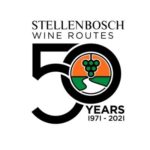