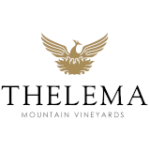 He abandoned his accounting career in Durban to become a winemaker. In 1983, with the help of his wife’s family, the McLean’s, Gyles Webb bought Thelema.

The beginning of a family legacy.

The manor house was restored and the first wines under the Thelema label were released in 1988. By the mid 90’s Thelema’s wines sold out within a month after release, making it one of the most sought-after wine estates in South Africa. The Webb family describe Thelema as “one of the most beautiful places on earth”.

As Thelema in Stellenbosch continued to flourish, Gyles embarked on a search for an additional property in order to establish a second vineyard. In 2002, the Webb family purchased an idyllic farm with an undulating landscape, in the cool Elgin region, creating ideal grape growing conditions.