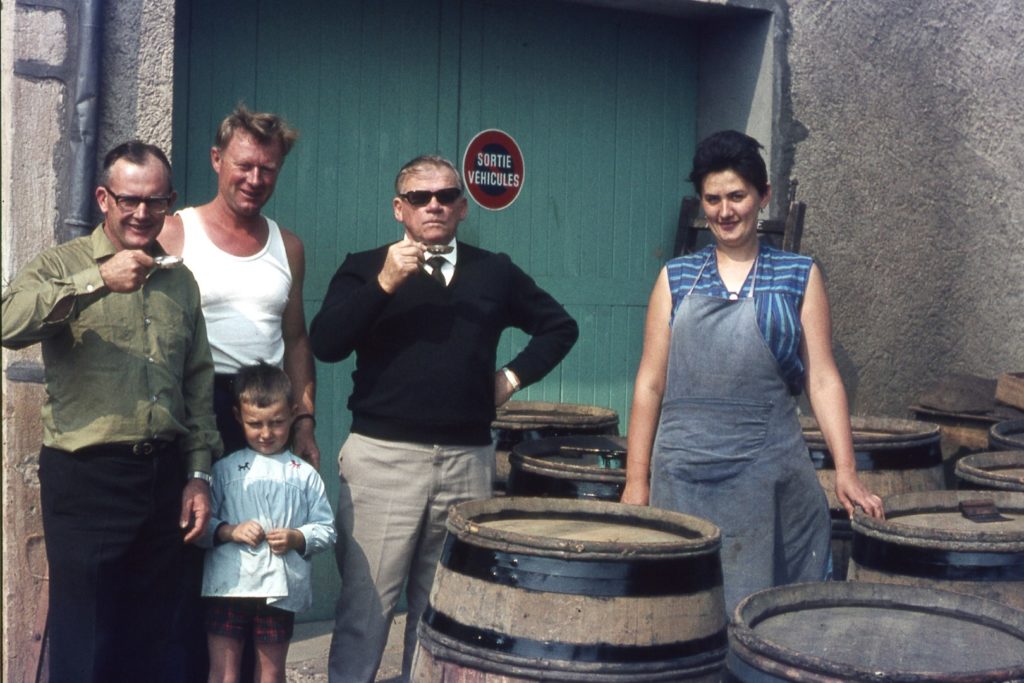 Pioneers, leading the way since 1971

Wine might be made in the vineyard, as most modest winemakers like to say. But it is people who create wine legends.

Today’s Stellenbosch Wine Routes, the largest wine tourism collective in South Africa and renowned throughout the world, began 50 years ago with three people and one idea. The idea, this was to create an organisation allowing members of the public to visit Stellenbosch’s wineries to taste and buy wine, as well as to experience the winelands’ hospitality and its atmosphere on a more personal level.

Of the three people behind this idea, it must be said that they were iconic individuals with such a forward-thinking and determined mindset they could have started a wine route in Botswana and it still would have been a success.

It all began back in 1969 when two of the troika, Frans Malan of Simonsig and Spier Wine Estate’s Niel Joubert, were visiting the winelands of France. They found themselves in Burgundy’s Morey St Denis appellation, which had a modest Route des Vin where participating domains opened their doors to visitors, like Messrs Malan and Joubert.

Recalling this visit, Malan told Wynboer magazine in 1992 that experiencing the French efforts towards wine tourism immediately set his famous inquiring mind abuzz. “I had previously seen something similar during a visit to Bordeaux and it suddenly struck me that Stellenbosch was the ideal district in which to create a wine route,” he recalls.

Back in South Africa, Malan and Joubert canvassed the support of their friend and fellow pioneer Spatz Sperling of Delheim, who immediately latched onto the idea. Writing in his memoirs, published in 2005, Sperling said: “At that time very little was happening on the wine farms in the way of public relations, marketing or providing facilities to welcome visitors to the farms, be it tastings or lunches.” Like Malan and Joubert, he saw a potential wine route not only as effective sales channel through which Stellenbosch’s private wine cellars could sell their wine but also as an opportunity through which a better understanding of wine and the wine culture could be fostered among the public. Leading to a greater appreciation for the product of the vine, and thus a regular market. 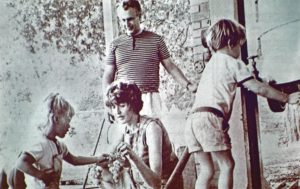 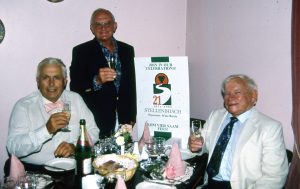 Sperling was tasked with recruiting members for said idea. This meant sending a questionnaire to the 15 wine farms who were trading as private cellars to gauge interest in the concept of a wine route. After a lengthy waiting period, Sperling received a show of interest from one single wine farm.

He writes: “I was distraught! Malan, however, comforted me: ‘Jy ken nie my mense nie. Hulle sal nooit ‘n brief beantwoord nie.’ So we got into a car and went canvassing, door to door … Often it felt like selling chewing gum, so gluey and gummed up were my fellow wine producers in this supposedly most culturally progressive wine district of South Africa!”

As Malan predicted, the personal lobbying worked. And in April 1971 official approval by the authorities was given to the form the Stellenbosch Wine Route, consisting of 11 members. Although the renowned bureaucracy surrounding South Africa’s liquor legislation made initial progress slow: it was only in 1975 that the Wine Route was given permission to erect sign-posts, and only in 1981 were the first signs bearing the Wine Route logo approved for placing at the designated farms.

It was, however, not only state officialdom that the Wine Route pioneers had to face, but the protectionist ethos of wine merchants themselves. Bottle stores and other traders were not keen about the prospect of the wine-loving public flocking to Stellenbosch wine farms to stock-up, thereby bypassing the liquor store. After its initial approval as a tourism body, the 11 members of the Stellenbosch Wine Routes were only allowed to sell a combined volume of 3 000 (12blt) cases of wine at cellar-door. Which was ludicrous, as Spier, Simonsig and Delheim were all producing farm more wine than that by themselves.

Other heard-headed restrictions the initial Wine Route members, as well as their guests, had to contend with was the fact that wine-tastings could not be held and people buying wine had to purchase a minimum of 12 bottles.

Fortunately, Sperling, Malan and Joubert were not only well-connected with the liquor authorities but possessed immense powers of persuasion, ensuring that these restrictions and limitations were eventually relaxed.

At the year of those 21st anniversary celebrations the Stellenbosch Wine Routes sported 24 wine farm members. This anniversary also coincided with the dawn of the new democratic South Africa which saw not only international markets opening for wines from Stellenbosch, but a proliferation of wine farms in the region due to the greater opportunity the industry now offered.

The leading role the region has played and continues to play in broadening the parameters and unleashing further opportunities in wine tourism has ensured Stellenbosch’s garnering of legendary status. A status that, like the legacy of the three pioneers, ensures the legend continues.