The Le Riche family’s tradition of excellence in making world-class wine has just been
reaffirmed as the Le Riche Reserve 2018 (Cabernet Sauvignon) was declared the
trophy winner of 2021’s Global Fine Wine Challenge for New World Wine Countries.
In addition, the runner up prize also went to Le Riche for their Reserve 2017, making
it the first time in the history of the competition that one producer has been awarded
both accolades in the same year for Cabernet Sauvignon.
The renowned competition originated in 2003 due to the Tri-Nations Rugby
Championship between South Africa, New Zealand, and Australia when wine experts
decided that the quality of these New World wines should also be weighed against
each other. In 2011, Chile and Argentina were included in the competition. America
was added in 2013 when the competition’s name was changed from Five Nations Wine
Challenge to the Six Nations Wine Challenge. In 2016, Argentina withdrew due to an
economic crisis, and Canada was included as the sixth country.

Due to the Covid pandemic, the prestigious competition did not occur last year, and
Chile has also withdrawn due to economic problems. Last year’s break allowed the
organizers to make adjustments, such as changing the name to the Global Fine Wine
Challenge and expanding the number of classes judged from 16 to 22.
Each of the five participating countries was invited to enter 120 top wines in the 22
classes this year. South Africa’s Michael Fridjhon, a long-time internationally
renowned wine expert and judge, is one of the eleven peer group judges that awarded
points to wines in each class based on a blind tasting.

Christo le Riche says he is delighted to be honored as the trophy winner for Cabernet
Sauvignon, precisely because it is a recognition of the world-class excellence of
Cabernet from the unique Stellenbosch area.
The Le Riche family’s involvement in wine dates back to the mid-seventies of the last
century when the founder, Etienne le Riche, soon after he entered the industry,
became known as one of the leading Cabernet Sauvignon producers in the country.
He was often referred to as “Mister Cabernet” by connoisseurs and friends. He also
played an important role in establishing the Rustenberg estate as a brand. In 1981 he
was one of the pioneers of the Cape Winemakers Guild. However, it was his dream to
own his own winery, and in 1996 the Le Riche Winery was founded.
The cultivar-focused specialist winery was initially operated from the Jonkershoek
Valley in an old cellar, requiring significant refurbishment. Etienne has established a
model to obtain only the highest quality grapes from a small network of reliable
producers from the outset. This gave him, as well as his children, the freedom to focus
on the winemaking process. 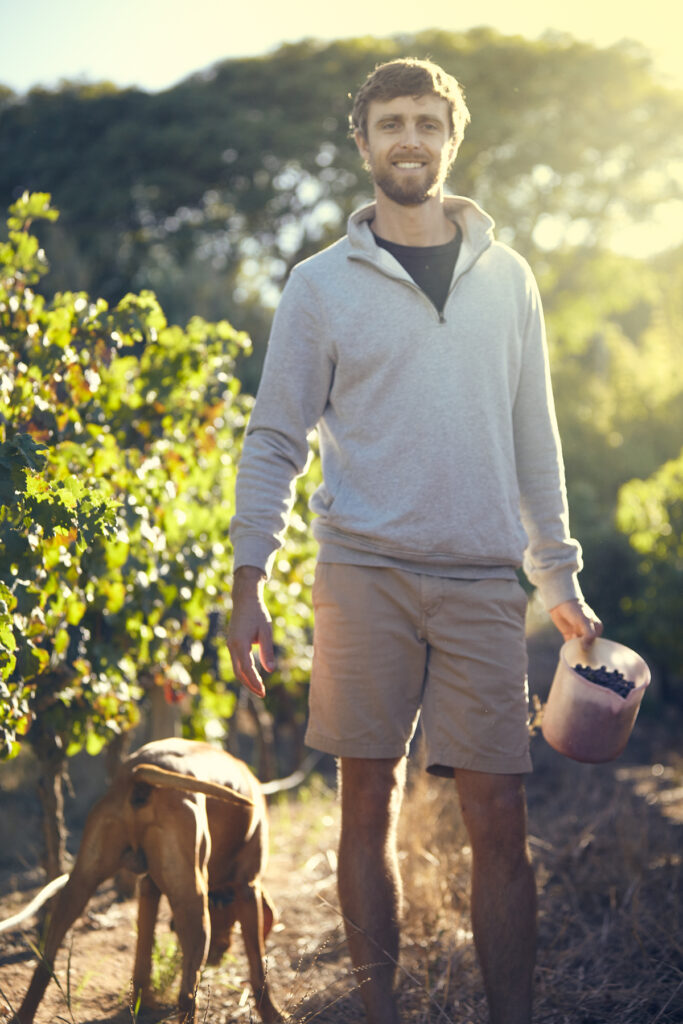 In 2010, Etienne’s children, Yvonne and Christo, joined the growing business. One of
their first tasks was to identify a new home for Le Riche. A decision was made on a
property in the lower Helderberg region of Stellenbosch. The design of the new cellar
focused on a minimum intervention approach, creating the platform to craft ultra premium red wines in a classic South African style. The first vintage from the new

cellar was released in 2014.
Today, Le Riche Winery is run by four core members: the Cellar Master Christo, the
Cape Wine Master Yvonne le Riche, the Commercial Manager, cousin Francois le
Riche, and the Assistant Winemaker Mark Daniels. Although the founder, Etienne le
Riche, has retired, he still plays an advisory role.
However, Christo says the business model of Le Riche has taken a natural course due
to 25 years of intensive and specific focus on Cabernet Sauvignon. “Yes, we are a
family business; yes, some see us as small, but by volume, we are one of the larger
high quality Cabernet producers in the country. We are specialists through and through
because every individual involved is a specialist in his field. We have been making
only three Cabernet wines per vintage from day one, proving our specialized
approach.
The business model is based on four core pillars, namely Le Riche as a brand
(depicting specialization), Cabernet as a “king cultivar,” Stellenbosch (with the
exceptional terroir for specifically Cabernet, which is considered the best in Africa and
of the oldest soil in the world) and then the family’s specialist involvement and
approach.”
Before his full-time involvement with Le Riche, Christo honed his craft at several local
cellars and three of the world’s leading wineries – two in the Napa Valley (Screaming
Eagle and Stags’ Leap) in California and at the Chateau Angélus in France’s Bordeaux
region.
According to Christo, Le Riche continues with its focus to ensure that the specific
terroir should be fully expressed in the final wine. Full traceability requires the grapes
of a particular vineyard to determine the fermentation vessel, extraction method, length
of berry skin contact, and aging (including small-scale aging of specific blocks). If that
is applied, the unique elements of origin are best articulated in the wine. “It all
contributes to the building blocks of our Cabernet Sauvignon blends. It also ensures
quality and consistency.”
Although each family member makes an exceptional contribution to the individual
building blocks to deliver the end product, he mentions that his sister Yvonne’s
signature appears with reason on the back of their wine label. “In the winemaking
process, the blending is critical. My father, sister Yvonne, and I taste the wine together,
with Yvonne being an exceptional taster. Her role in the blending process is
exceptional,” says Christo.
“Yes, the latest award is good for us, but actually even better for Stellenbosch,
specifically for the association Stellenbosch Cabernet Collective, because it places the
region and country on the world stage. Previously, we may have been a bit ignored for
too long, but Cabernet Sauvignon wines from Stellenbosch deserve a rightful place on
the world stage, something that the Stellenbosch Cabernet Collective (with 35 leading
producers) have aimed for.
“The award will also enhance the tremendous investment value that exists in the
quality wines of South Africa that increase in worth with aging. Where certain countries
abroad have been the leaders for years, South Africa is now closing the gap,” says
Christo.
The latest award for Le Riche follows a series of previous achievements. In 2010 and
2019, Le Riche was named John Platter’s Red Wine of the Year, and in total, they
have already been awarded a Platter Five Star nine times, of which the vintages 2011,
2015, 2017, and 2018 are the most recent. Notably these accolades were all for
Cabernet Sauvignon wines.
For further inquiries, contact:
Christo – 071 145 2835 / christo@leriche.co.za / Francois – 073 437 2700 / francois@leriche.co.za 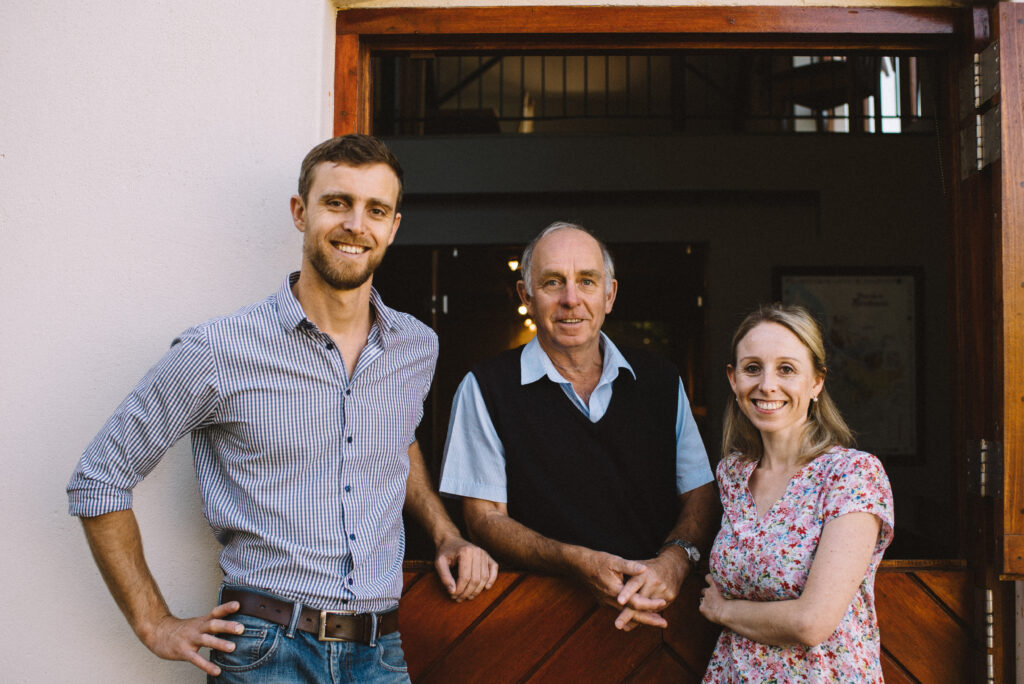